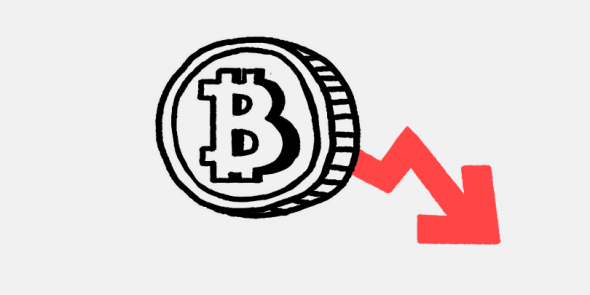 On Monday, July 19, the bitcoin exchange rate on the cryptocurrency exchange Binance dropped below $31 thousand for the first time since June 26. At that point the cryptocurrency quotes dipped to a three-week low of $30.5 thousand. Over the past 24 hours, the asset has fallen in price by 3.5% and its capitalization shrank to $576 billion, according to CoinGecko.

Yesterday, bitcoin's mining difficulty hit its lowest since January 2020. Since mid-May, the first cryptocurrency's mining complexity has fallen 45%, to a current figure of 13.67 trillion hashes. Network complexity determines the amount of computing power required to find a new block in the bitcoin blockchain.

Last week, Jeffrey Gundlach, CEO of investment firm DoubleLine, predicted a bitcoin collapse to $23,000. According to Gundlach, this is indicated by technical analysis of the cryptocurrency's rate schedule.

In late June, analysts at investment bank JPMorgan predicted that the price of bitcoin could fall to $25,000 due to the possible sale of units of Bitcoin fund Grayscale Bitcoin Trust at the end of a six-month lock-up period. Grayscale Bitcoin Trust units have a deferred redemption mechanism. GBTC holders must hold them for six months before they can be sold.

The simple Ethereum Wallet works like a normal account with extra features being added at present. It has a really nice GUI and for most people, it will be a lot easier to use than the daunting command line interface.