The year 2020 saw an upswing in cryptocurrencies, not least because of the Corona crisis. Bitcoin & Co. have gained more importance in recent months than ever before. The popularity of digital coins has risen by far. Accordingly, it is not surprising that more and more investors are interested in new cryptocurrencies.

Not only our social behaviour but also our buying behaviour has changed drastically in the last year. More and more people are investing in cryptocurrencies or using the coins as a payment method on the internet. This trend will continue - because the year 2021 holds some promising new cryptocurrencies. 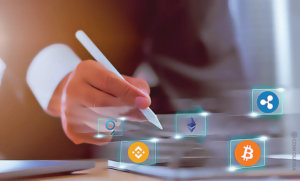 How are new cryptocurrencies created?

Crypto emergenceCryptocurrencies are purely digital units of value whose physical ownership is replaced by a long letter or number key. The simplest way to explain this is that cryptocurrencies are limited entries in a database that cannot be easily changed. A cryptocurrency can also be defined as a string of data that has been coded to denote a unit of currency. There are many different cryptocurrencies, of which Bitcoins are probably the most popular and well-known. Unlike traditional currencies, cryptocurrencies are free from government oversight and manipulation. They are supervised by means of peer-to-peer internet protocols.

Cryptocurrencies are created through so-called mining, which is the process of adding transaction records to the public ledger of the cryptocurrency in question. Transactions happen instantly and are known to the entire network. Transactions must be confirmed in order to be completed.

However, before a new cryptocurrency can enter the market, certain requirements must be met. These include the white paper and ICO. 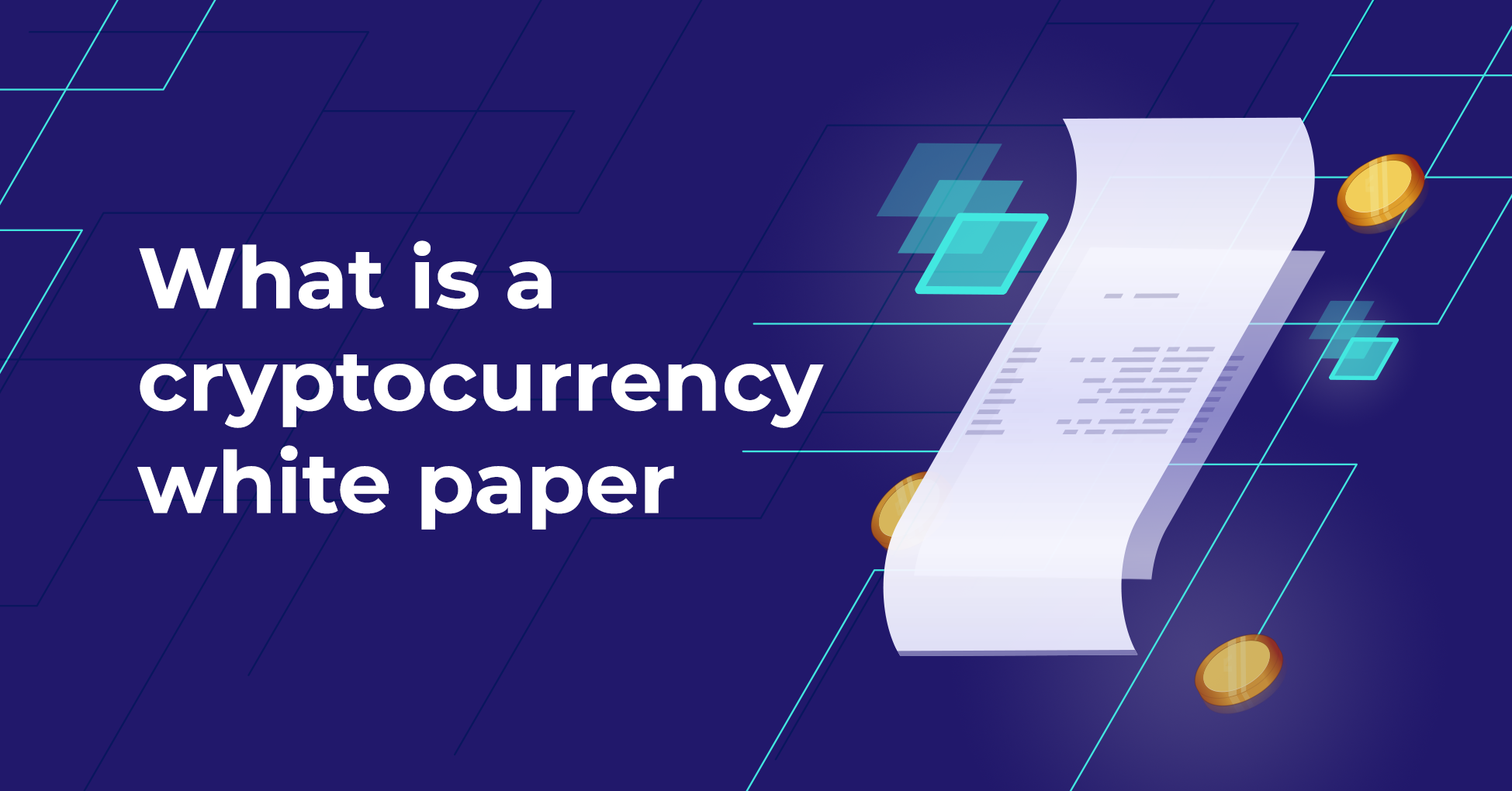 Before it comes to the launch of a cryptocurrency, the digital currency must have a whitepaper to make it a successful advertising campaign. A whitepaper is nothing more than a document that describes the overview of a problem that the project wants to solve. It also contains a detailed description of the product, the architecture and the interaction with the users.

The most important aspects of a whitepaper are:

For example, Bitcoin was created by Satoshi Nakamoto, who sent out an email on 1 November 2008 entitled Bitcoin: A Peer-to-Peer Electronic Cash System. In the 8-page white paper, he described the basis for Bitcoin as well as blockchain technology.

Ethereum, the second largest cryptocurrency after Bitcoin, was also described by Vitalik Buterin in the whitepaper Ethereum: A Next Generation Smart Contract & Decentralised Application Platform and thus also launched. The concept was then introduced at the beginning of January 2014.

The ICO is more or less the financing form of business models based on blockchain technology. In the ICO (Initial Coin Offering), young companies or start-ups sell tokens against fiat money (or also established cryptocurrencies) to gain capital. By name, the ICO is held to the IPO (Initial Public Offering), where a company goes public.

ICOs 2021 are used to bring new cryptocurrencies to the market. For example, so-called utility tokens are first offered for sale at a low price, which later become the digital currency that is also traded.

Buy new cryptocurrency where - the best brokers in comparison

How to buy new cryptocurrencies? Our guide in 4 steps

First of all, you choose a suitable provider. This decision should be based on your own preferences and trading ideas. If you are not interested in setting up a wallet and possibly do not intend to make any real use of the tokens, you can get everything you need from providers like eToro.

However, if you are an experienced crypto investor who is only too happy to equip your portfolio with the coins, you will hardly be able to avoid a real crypto exchange.

A comparison of the different providers can help you find the best offer. In fact, the choice of the right platform is very important and should not be underestimated.

User-friendliness and usability may therefore have a direct impact on personal trading results. So if you pay the necessary attention here, you will be able to capitalise on it in the end. We recommend our test winner eToro, as it offers the best conditions.

As soon as new cryptocurrencies become available and tradable on the market, they will be added to eToro as quickly as possible.

Registration with eToro is usually completed quickly.  At eToro you have several registration options. In addition to the option of creating a user account yourself, there is also the option of registering via a Facebook or Google account, which simplifies the process even more. On the homepage, you will find a link to the form where you enter your name and e-mail address.

The exact information requested at this point depends on the crypto exchange in question. However, you will also have to choose a password and then confirm your email address.

With reputable brokers, not only a correct email address must be entered, but also a mobile phone number to verify the account.

It depends on the respective Bitcoin broker which payment methods are accepted. As a rule, however, you should be supported by your provider when making a deposit. There is usually a corresponding menu item or button that leads you to the transaction.

The cryptocurrency market is highly risky. Therefore, you should really only invest money that you have "left over". A total loss of the deposit can occur at any time.

How much money is available for the investment?
Do Bitcoin fees have to be paid to the provider?
Is there a minimum deposit amount?
Possible deposit methods, e.g. Paypal, Skrill, Neteller, credit card, Klarna, Sofortüberweisung, Giropay, bank transfer, etc.

Now the account at the crypto exchange is finally set up and equipped with credit. Now it's time to choose the assets. How should you invest in cryptocurrencies? Which crypto coins are worthwhile? Currently you can trade in over 16 cryptocurrencies on eToro. The offer is constantly being expanded, so if new cryptocurrencies are added, you will certainly find what you are looking for here.

A big advantage of eToro is the demo version of the platform. It is certainly worthwhile to become active here first in order to get to know the offer. But then you will have to decide between different currency pairs.

You can also search for specific coins using the search fields. In the end, you will then place your buy or sell order.

Our recommendation: Buy cryptos with eToro

Is it worth investing in new cryptocurrencies?

Of course, one asks oneself whether one should invest in new cryptocurrencies or not. The advantages are clear: if there is a good business model, the cryptocurrency has a chance to prevail against the tried and tested coins. It is quite possible that new cryptocurrencies will experience a similar rise as Bitcoin or Ethereum.

One disadvantage, of course, is that there are already a lot of cryptocurrencies to trade. The competition is therefore correspondingly large. It has also happened in the past that new cryptocurrencies appeared but were forgotten after a short time.

While many companies suffered from the Corona crisis, there was a real upswing in digital currencies in 2020. Bitcoin & Co. gained a lot of ground and seem to be unstoppable at the moment. Cryptocurrencies are currently not only interesting for speculators and traders, they are also becoming increasingly popular as a means of payment. It is therefore all the less surprising that the well-known cryptocurrencies will also shine in 2021.

The year 2020 was one of the biggest challenges for the economy and also for the financial system. With the pandemic and the lockdowns, many investors turned their attention to cryptocurrencies as an alternative to traditional financial investments. It is therefore all the less surprising that new cryptocurrencies will now emerge in 2021.

Investors are eager to see which new cryptocurrencies will prevail this year. Accordingly, there is a lot of anticipation for ICOs in 2021. Due to the Corona crisis and the ongoing measures, 2021 seems to be the perfect year for cryptocurrencies. In general, popularity is currently skyrocketing.

So if you want to invest in new cryptocurrencies, you should definitely wait for the ICOs. As soon as a business model has made it, we are sure that the new cryptocurrency will be available at our test winner of crypto brokers eToro. 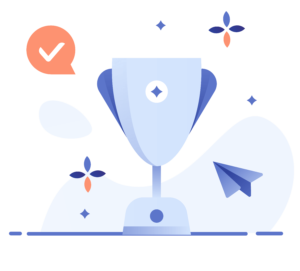 Our recommendation: Buy cryptos with eToro

How many cryptocurrencies are there at the moment?

Is it worth investing in new cryptocurrencies?

New cryptocurrencies will not have an easy time of it due to the large competition. However, if the business model behind them is mature, an investment could well be worthwhile.

Which cryptocurrency has a future?

Currently, experts assume that Bitcoin will remain the number 1 - also in the future. Closely followed by Ethereum and Ripple.

Hi, my name is Benzion. I have twelve years of experience in the Forex industry, and I have launched two successful crypto trading services. I have in-depth experience on several blockchain networks like Bitcoin, Etheruem, EOS, Cardano, Hyperledger, ICON, Komado, etc. I also have in-depth knowledge of blockchain techniques, including various consensus mechanisms, DLT, smart contracts, security, and privacy measures. Benzion Friedman