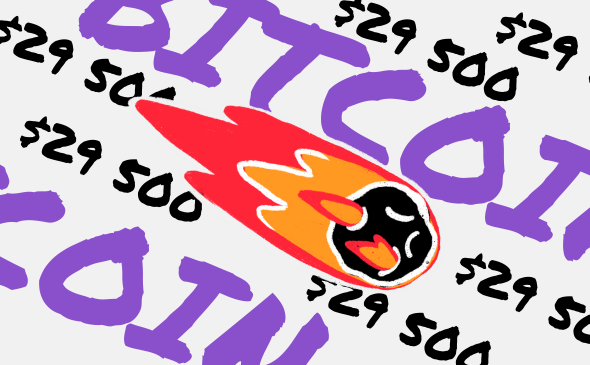 In the past 24 hours, the first cryptocurrency fell by 7%, at the moment it reached $29.5 thousand.

On the morning of July 20, the rate of bitcoin on the cryptocurrency exchange Binance for the first time since June 22, fell below $ 30 thousand quotes the first cryptocurrency fell to $ 29.5 thousand as of 9:40 Moscow time the asset is trading at $ 29.7 thousand, for the past 24 hours it has fallen in price by 7%.

The latest wave of bitcoin decline began after China's Anhui province imposed a total ban on mining on July 14. This led to the first cryptocurrency falling below $32,000.

By now, around 90% of mining companies in China have ceased operations. In June, four Chinese provinces banned cryptocurrency mining and instructed banks and other financial institutions in China not to engage in transactions involving digital assets.

Last Sunday, another recalculation brought bitcoin's mining complexity down to its lowest since January 2020 at 13.67 trillion hashes (T). Since mid-May, when the network's complexity reached an all-time high of 25.05 T, the drop has reached 45%.

Ethereum Wallet has a reputation for security, it allows you to store a range of cryptocurrencies, including Ethereum, it has a screen and it is extremely well designed.