China's commercial banks have opened up customers to the digital yuan 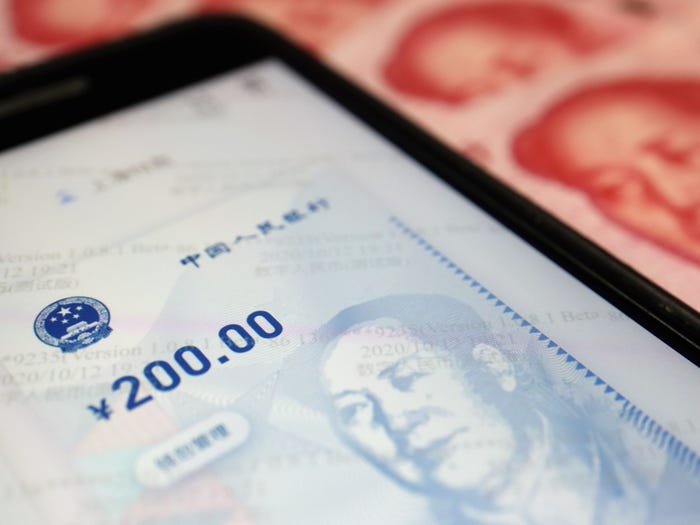 35 commercial banks in China have integrated e-CNY-enabled digital wallets into their applications. This was reported by Shanghai Securities Journal.

In December 2020, six major state-owned banks were involved in testing the digital yuan. Now, private and joint-stock institutions like Chengdu Rural Commercial Bank and Ping An Bank have gained access to the tool.

According to the publication, the expansion of the list is due to the launch of two systems representing a single point of connection to the e-CNY infrastructure. The first is developed by City Commercial Bank Clearing platform, while the second is developed by Agricultural Bank of China (ABC).

The City Commercial Bank Clearing system is planned to be used by 94 banks, including 76 commercial banks, 15 private banks and three foreign banks.

According to local media reports, online giant JD.com, which joined the digital yuan test last December, has also made the tool available to business customers on its platform.

Beijing's municipal government has previously fully integrated e-CNY into the payment ecosystem. When buying public transport tickets, the option to pay with digital yuan is now adjacent to cash and payment systems WeChat Pay and AliPay.

As a reminder, in July the People's Bank of China published a white paper on China's national digital currency.

Looking for the most secure place to buy Cosmos?
Buy Bitcoin: This is how it works. What Should You Look Out For?