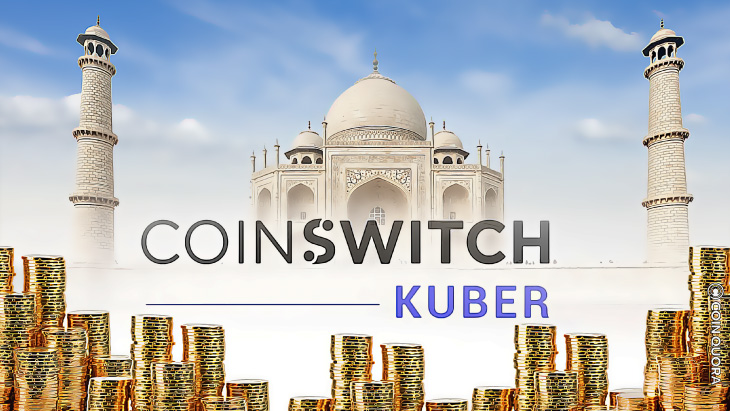 Every evolution takes a leap of faith, we are taking a giant one today with @coinswitchkuber turning into a #unicorn & becoming the largest crypto company in the country. I would like to thank @a16z & @coinbase for putting their faith in our dream.

The firm was valued at $1.91bn. According to CEO Ashish Singal, CoinSwitch Kuber has become India's most expensive cryptocurrency company.

Previous investors Sequoia, Paradigm, Ribbit and Tiger Global also participated in the round.

The bitcoin exchange has set a target of increasing the number of users of the platform from the current 10 million to 50 million and launching steaming and cryptocurrency lending services.

CoinSwitch Kuber will create products aimed at institutional investors, an innovation fund and a digital asset education centre. The proceeds will also be used to expand the team.

Recall that in April, CoinSwitch Kuber raised $25 million from Tiger Global Management in a Series B funding round.

In August, the first unicorn in the Indian crypto industry was CoinDCX.

Looking for the most secure place to buy Coinbase?
Buy: This is how it works. What Should You Look Out For?
How to Buy Cryptocurrencies.